The Port of Virginia

The Virginia Port Authority operates the Virginia International Gateway (VIG), a privately owned marine container terminal located along the Elizabeth River in Portsmouth, Virginia. The facility was commissioned in July 2007, and is the largest privately-owned container terminal in the United States. Other available general cargo terminals include: The Port of Virginia is the second largest port on the East Coast and is located 45 miles from the City of Franklin and Southampton County. Over 95 percent of the world's shipping lines utilize The Port of Virginia linking Franklin Southampton to more than 250 ports in over 100 countries. The Virginia Port Authority is the state's leading agency for international transportation and maritime commerce.

Craney Island, the largest fully-permitted port expansion project in the United States, represents the future of The Port of Virginia. The need for additional container terminal capacity in Virginia is necessitated by global growth, an increase in containerization, the arrival of larger vessels and expansion in international trade. Craney Island will maximize the natural advantages the port has with its deep water, absence of overhead restrictions and prime distribution position in the Mid-Atlantic.

Over two-thirds of the nation's population and marketplace are within 750 miles or a two-day truck drive of the City of Franklin and Southampton County. Interstate-95, a major north-south East Coast route to the west, is 5 miles from the Southampton County line and 33 miles from the City of Franklin. US Route 460 and US Route 58, two major east-west routes, connect Franklin Southampton to Interstate-64 and the Hampton Roads Region to the east and Interstate-95 to the west. US Route 258 connects the area with US Route 17 to the north and the North Carolina state line to the south.

Norfolk Southern Corporation and CSX Transportation both offer freight and piggyback rail service, opening the City of Franklin and

The City of Franklin and Southampton County have numerous commercial air service options to choose from. Norfolk International and Newport News/Williamsburg International Airports are within an hour's drive of the City of Franklin and Southampton County. Combined, the two airports provide service to over 4 million passengers. Richmond International Airport is just over an hour away and hosts six air carriers, each offering non-stop flights to major domestic destinations and connecting service to points around the globe. 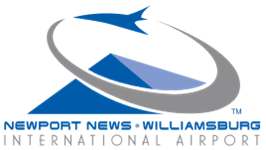 The City of Franklin owns and operates the Franklin Municipal Airport just two miles northeast of Downtown Franklin. The airport has a 5,000 foot lighted runway and is open to the public with a full service fixed based operation (FBO). Services include fueling, available tie down space, pilot and passenger lounge, courtesy car, restroom/shower, maintenance facilities, aircraft rental and flight training. To tour the facility or to schedule services contact 757-562-8764.